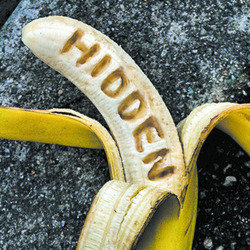 A darkly comic story. The intriguing puzzle of how six people's lives interweave and unravel. They have one thing in common: they're all hiding something. Hilarious and poignant in equal measure, Hidden peels back the skin and explores the inside. The sell-out success of Manchester's Re:play Festival 2013 lands in Edinburgh. 'A true gem... Talent as natural as this shouldn't remain hidden for long'. **** (Guardian). 'An irresistible play' **** (WhatsOnStage.com). 'Hilarious and touching... Hidden could be performed on a motorway and still capture your attention' ***** (ThePublicReviews.com).