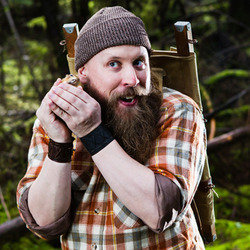 Graham is the favourite cousin you want to sit next to at Christmas dinner. Canadian comedian and co-host of Stop Podcasting Yourself, Clark makes his Edinburgh debut with his deeply perceptive and acutely honed comedy. His celebrated laid-back style has earned him four Canadian Comedy Award nominations and made him the winner of the Great Canadian Laugh Off. 'A really great comic... I wish more people knew of him' (Zach Galifiankis). 'To watch Clark take control of a crowd is an impressive spectacle' (Discorder). 'A true performance artist' (Canadian Press Service).