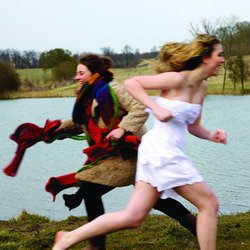 Sam and Bel have built a tower together and waiting to be rescued, they take a break on the sofa. This is a comic story of two young women who live, fly and fall together. As they travel deeper into the realms of each other's imaginations a crack in the foundation forces them to resurface. Deafened by the sound of their expectations shattering, the line between fantasy and reality gets seriously blurry. Join them as they fight to stop the leak from flooding their world. 'Heartwarming and uplifting ... eccentric, hilarious, buzzing' **** (FringeBiscuit.co.uk, Spaghetti Junction).