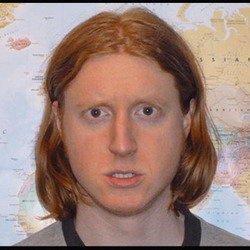 French, Australian, Nordic, Jewish, Arctic comedian Eric Hutton has received many props from the humongous comedy fat cats that run the world. Now he would like to share with you some of his favourite, and often overlooked songs from around the globe. Mining genres as diverse as nature metal from the depths of Denmark, to pumping avian-based slam poetry from the heart of New York, this show will keep giving it to you until you are literally begging it to please stop. 'Magic' **** (Kate Copstick, Scotsman). 'My favourite up and coming comedian' (Sam Simmons). @erichutton13