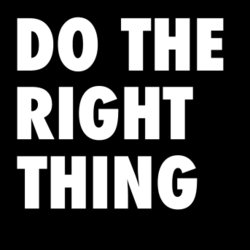 The hilarious, occasionally absurd and frequently obscene panel game where two teams try to work out the right thing to do in any given situation. Award-winning! (2012 Sony Radio Award). Award-nominated! (Chortle and Poke Awards). Hosted by Danielle Ward, with Michael Legge and Margaret Cabourn-Smith. Past guests include Al Murray, Josie Long, Paul Foot, Susan Calman and Les Dennis. 'Very funny, with a tendency towards the peculiar' (Guardian). 'A sense of fun that is frankly unmatched' (FreakinAwesomeNetwork.com). FFI and to listen to past shows: www.comedy.co.uk/dtrt.