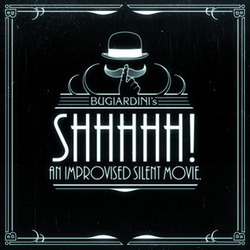 Shhhh - An Improvised Silent Movie is a totally hilarious and completely improvised silent movie with ragtime piano music, inspired by the film and ambiance of the Silent Era. Every day six actors and a piano player will create a new play on the spot, inspired by the masterpieces of Chaplin, Lloyd and many other silent stars. An international show suitable for people of any nationality as well as those with hearing difficulties, it innovates and pushes the boundaries of the improvisation art form. Shhhh is the show that has everyone talking. Except us.