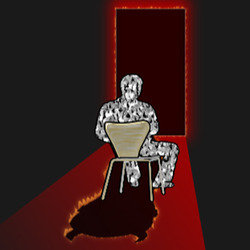 Film-maker Bobby Gould comes face-to-face with the devil in this fast-talking comic duel of wits from David Mamet, Pulitzer Prize-winning author of Glengarry Glen Ross. Bobby's time on earth is about to be examined. Will Gould confess his sins? Will he prove he is a good man? Or will his ditsy ex-girlfriend turn up, spill the beans and damn him forever? Mamet's gripping tale of love, lies and redemption will leave you asking ... who deserves to be damned for all time? What would you do to avoid an eternity in hell?