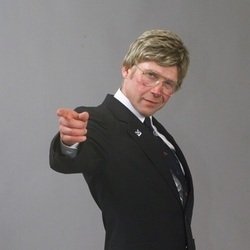 The national team is at its lowest ebb, clubs are in financial meltdown, and our half-time pies and Bovril contain horsemeat. 2013 has not been a good year for Scottish football. Who better to put a positive spin on events than Bob Doolally, the man who put the foot into football, the leg into legend and the c*ck into Miss Cockenzie. More outrageous musings on the beautiful game, plus ask any question at Bob's legendary Q&A. 'Almost better than football' (Independent). 'Needle-sharp observations on the British psyche' (Guardian). 'Foul-mouthed and politically incorrect' (Scotsman).