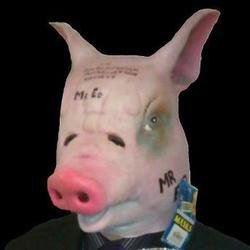 Comedy celebration of Bob The Tray Blackman, the man who became a celebrity by banging his head with a tray while singing Mule Train. Written and performed by Mr Richard Swan and Johnny Sorrow. Additional material by Albert Shakeshaft.

As seen at the Brighton Fringe, Stratford Upon Avon Fringe, Manchester Comedy Festival and many others.