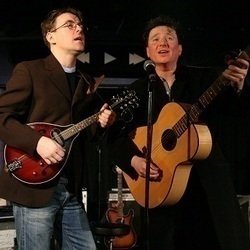 Before skittering to a quiet demise, one hit ajit-folk noir duo The Telltales topped the Japanese charts. 21 years later they return to Tokyo to perform at a live TV awards ceremony, this time with extra baggage. Directed by Alison Peebles. 'Three performances to treasure as well as some terrific comic dialogue, rich in cultural wisdom and there are a couple of seriously fine songs, to remind us that amid all the celebrity nonsense of the rock scene, great music sometimes gets made, roaring out the truth of our time' **** (Joyce McMillan, Scotsman).