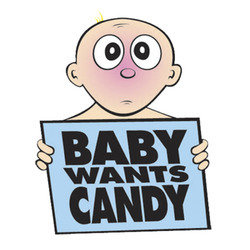 Improv / music performed on the following days in August 2013...

Baby Wants Candy: The Full Band Improvised Musical returns to the Fringe! Baby Wants Candy is one of the best known, longest running and most celebrated improv shows in the world. With runs in NYC, Chicago and internationally touring, Baby Wants Candy has performed over 2,500 completely improvised musicals and has spawned the careers of top comedic actors and writers in the US. Based on an audience suggestion, the show is a roller-coaster ride of spontaneously choreographed dance numbers, rhyming verses and witty, jaw-dropping comedy.