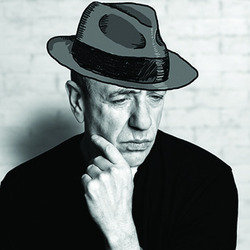 It is a while since Arthur Smith Sings Leonard Cohen was a hit in Edinburgh. The show ran in London's West End before a final outing in Montreal at the Just for Laughs comedy festival. Recorded for Radio 4, it is still repeated frequently on Radio 4 Extra. Is it a coincidence that Cohen's stock has risen ever since? (yes). In this new show Arthur again chases death, silence, boredom and stirs in failure, love, yakult and how not to act when meeting a hero. The result is tuneful, sepulchral, poetic and ineluctable.