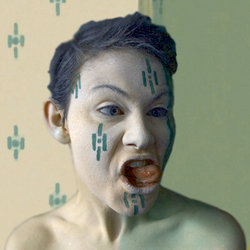 A stranger is sitting in your house, whistling. He's drinking the tea, he's doing the washing up and he's got his eyes on the egg whisk. Outside? A cul-de-sac full of gym-attending, pub-drinking, socially-able show offs. Inside? Wallpaper that won't stop talking, and him ... and then of course there's her, and salvation in the smell of her Madeira cake. Fat Git Theatre bring you Uninvited, a black English comedy of pedants, idiots and persistently whistling terrorists adapted from the novella by Tyneside poet and playwright Peter Mortimer.