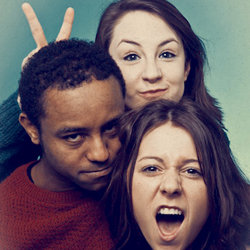 Who are these people? Zoe's a slag, Michael's gay as anything, Patrick's a cock, Jess is wasted, Kate's clueless and Will... Poor Will. Yes, you know them. We all know them. They're ever lurking. Set in their hometown, the old gang get together for a night of reminiscing, drinking and fun... Who do they think they're kidding? Watch their evening unfold as tensions mount and relationships unravel in the most dramatic reunion ever. Witty, relevant and hilarious, this deadpan comedy will once again pose that ominous question - should some friends just be left to Facebook?