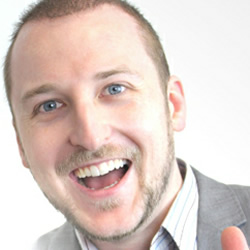 THIS SHOW WAS CANCELLED

Hailed as Scotland's fastest rising comedy star, award-winning comedian Stuart Mitchell brings his first solo show to Edinburgh. 'Remarkable' (Daily Record). 'His set is slick, and he wastes no time in getting to the many memorable punchlines... it's a pleasure to catch him before he makes it big' (Skinny). 'Strong, with wry references' (Chortle.co.uk). 'So popular this bloke' (Frank Skinner).