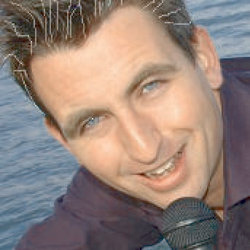 Stand-up comedy and gameshow clash like two besotted tigers, with laughter and prizes on offer that have cost more than a pound. After appearing as part of the magnificent Abacus Danger Comedy Express in 2011, Davidson returns to Edinburgh with his first solo show in six years. Only five nights and 250 golden tickets available, this fandango will be the fun equivalent of meeting Willy Wonka for a tour then being taken to a secret pub in the factory that provides free booze. 'Uproarious laughter and applause' (Edinburgh Evening News). 'Utter absurdity provokes many laughs' (EdinburghGuide.com).