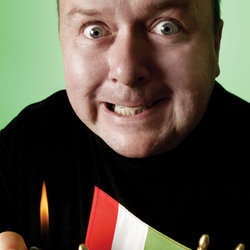 Viva Gribbostania! Satirical songbird Steve Gribbin takes a leaf out of Alex Salmond's book and declares unilateral independence from the UK. A scathing look at all the trappings of nationhood, from flags to anthems, armies to currency, poet laureates to border control, national myths to Eurovision. Using sharp songs such as God Bless Our Country (But Not Yours), Steve will explore what makes a country work, looking at national animals, nursery rhymes, folk songs and so-called national characteristics to try and define his fledgling People's (but not Jeremy Clarkson) Republic of Gribbostania. 'A trenchant treat' (Guardian).