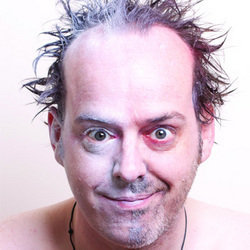 It's the first week in March and I'm trying to force my fragile little inklings out of their brain hole into an orderly paragraph for your reading pleasure. Like being pregnant and trying to describe exactly who my child will grow up to be. It's a baby for god's sake! Can't you just let it grow in its own way? I've had enough of this! I'm going to my mother's for the weekend and don't try to call me because I won't answer! 'Relentless originality' (Guardian). 'Brilliantly weird' (Chortle.co.uk). 'Manic and gripping' (BritishComedyGuide.co.uk). seymourmace.co.uk.