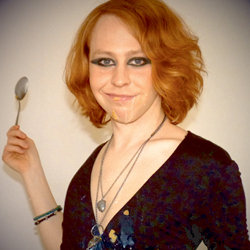 Ryan Withers (Best Newcomer nominee, Melbourne Comedy Festival) makes his/her Edinburgh debut and it's gonna be a wild evening. If you wanna know what a sassy prostitute would be like doing comedy after a car crash on Halloween, this showe might give you some idea. Number one 'Top 10 Comic Stars of Tomorrow' (Sydney Morning Herald, 2011). 'One of the most fun hours of the festival ... A cult is surely slowly growing here, lovers of the weird should climb aboard' (Chortle.co.uk).