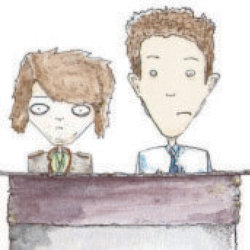 Not the Adventures of Moleman are a two man sketch act, much like many others, but unlike many others one half of their cast is the 2003 Eastover Primary School winner of the most possible house points for their project on Ancient Egypt. Critics have said 'I think I might have been watching something that goes onto greatness' (SnipeLondon.com) and 'Full of polished intelligence and subversive wit' (Nerve Media). There's music, audience participation and even one sort of magic trick. We promise with all our heart it will definitely be 'good enough'.