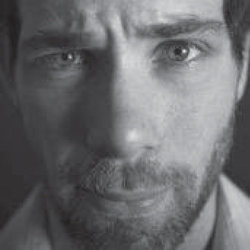 From Canada to LA to London, and now Edinburgh, Nick Beaton's journeys have given him a lot to talk about. He is here now to share his thoughts on every detail. Not deterred by the social norms of middle class morality, Beaton isn't afraid to talk about all the things that make us human with blunt hilarious honesty. This is not a show for the uptight or faint of heart. It will be an unapologetic onslaught of both anger and humility. No one and nothing is sacred.