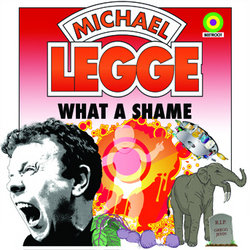 Try to imagine being caught by your mum with your trousers down kissing a statue of Kim Jong Il made out of ladies' underwear you stole from Poundland. And then come and see this show. Award-winning comedian Michael Legge returns to the Fringe to explain why there's no shame in being embarrassed. No matter how much of an idiot you've made of yourself, Michael has done way worse and, disturbingly, he's proud of it. It's time to embrace your inner beetroot. Better red than dead!