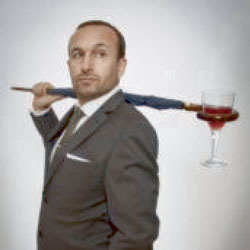 Mat Ricardo thrilled Edinburgh last year with his award-winning solo show. He's back with a fresh batch of jaw-dropping tricks and hilarious tales from the history of vaudeville and variety. Vaudeville Schmuck unpicks the colourful history of Ricardo's art form, and finds his place in the family tree of variety, from which he inherited the vaudeville DNA that has made him the toast of critics and audiences alike. An astounding feast of dexterity and fun, bringing the forgotten greats of variety back to life in an unforgettable hour of entertainment. 'Immensely skilled and very funny' (TimeOut).