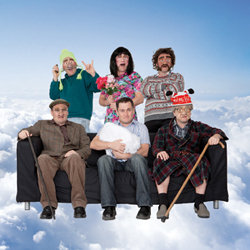 On 7th tickets are two for one.

A comic look at the seven stages of life! A truly life-affirming show that will make you laugh until you cry! Fresh from a sell-out world tour (Canada, America, Norway, New Zealand and Hong Kong)! Tomlinson is now recognised as one of the UK's leading comic improvisers. This light-hearted comedy show explores the idea that we go through seven stages in life. 'He creates magical comedy theatre!' (Evening Standard). 'Hilarious! Tomlinson reminds me of a young Robin Williams[/]! This is definitely one of the most enjoyable, feel-good shows around!' (Paramount Comedy Channel).