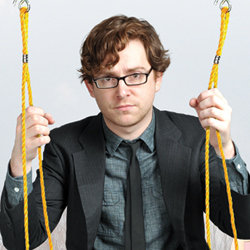 Can you become a fully functioning adult without growing up? In this highly anticipated debut from the So You Think You're Funny? and Amused Moose Finalist, Jim Campbell illustrates his attempts to become a real person in a scary world where 30 is the new 20, money is broken and supposedly normal grown-ups are all confusingly weird. As seen on BBC Comedy Online. 'Rich with beautifully phrased jokes... it's hard to imagine a subject he couldn't come up with an original and literate joke about' (Chortle.co.uk). 'An exciting new talent' (Tim Arthur, TimeOut).