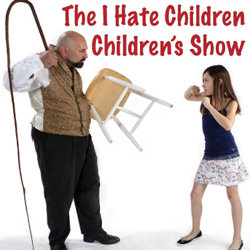 Magic for teens, tweens and hot soccer moms. 'Best Children's Show' (ThreeWeeks, 2011). 'Top Ten Things at the Fringe' (ThreeWeeks, 2011). The best show for parents who hate children's shows. Bad Magician, Paul Nathan (HBO, MTV, Star Trek Voyager) lost a bet and had to do a children's show. Surprisingly it was a hit. So now Paul's back to ride that kiddy-kash-kow all the way to the bank. Do yourself a favour... slip some whiskey in your sippy cup and join the fun. Every child gets to help and gets their pictures posted at www.ihatechildren.com.