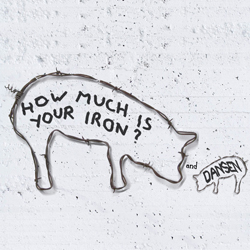 A double bill of Brecht's forgotten plays. It's Europe, 1936. Dansen sits with his pigs and contracts, safe and content. Svendson enjoys a respectable life selling iron and amiably trading with the neighbours. When their peaceful existence is disturbed by a mysterious stranger, friendship and morality is tested. As their neighbours get murdered one by one, they wonder who will be next... A double bill of Brecht's short texts How Much is Your Iron? and Dansen, these plays display some of Brecht's forgotten writings and look at the lead up to World War Two.