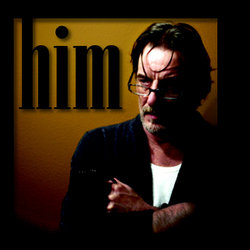 He is grumpy, pompous and difficult. A one-time successful writer, long withdrawn from society, he talks to himself and shouts at his computer. From the outside world, a few stubborn characters see beyond the brusque exterior. His nephew, his publisher and even his cleaner all offer lifelines. Then, after 20 years of his publisher's efforts, he wins a prestigious prize for literature meaning worldwide recognition for his work, but can he make the transfer from isolation to limelight? In this new comedy drama, by a group from Frankfurt, we are drawn into his world. The world of Him.