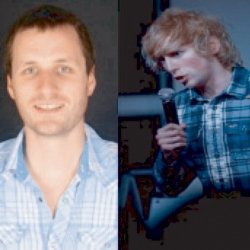 Up-and-coming circuit regulars Danny Ward, 'Observational humour brilliantly observed (ThreeWeeks), and Mark Simmons, 'A hit rate better than most in his genre' (Chortle.co.uk), present an hour of undiluted stand-up comedy. Danny starred in 2011's AAA Late Show at the Pleasance and both are former finalists of the Amused Moose Competition, with Mark also making it to the finals of So You Think You're Funny? and Hackney Empire New Act of The Year. Not that Danny's bitter. He was washing his hair those nights. Come and see them before they've upped and comed.