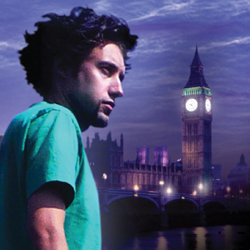 Michael is a rap star ... or at least he is when he dreams, but growing up in rural Cornwall he's never had a chance to find his community. One day, after being kicked out of home, he sets off to London to become an MC. Following one man's search for a sense of belonging, the show mixes hip hop, comedy and physical theatre. This debut solo show from performer Maxwell Golden, directed by Baba Israel, features over 40 characters, all delivered by Maxwell in a tour-de-force performance. 'A fantastic performer - Go see Maxwell Golden!'(Abandoman).