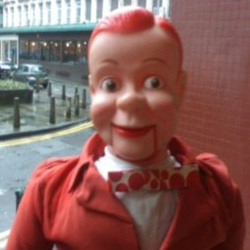 A tribute to legendary Bob Blackman, who became a celebrity by banging his head with a tray while singing Mule Train. Features additional material by Derek Hobson.