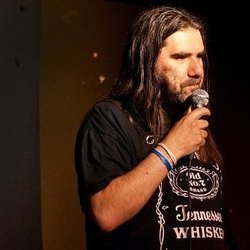 Last year, Alan Sharp explained his Reasons Why I Should Be Allowed to Carry a Gun. Now, in his second solo Fringe show, the acerbic stand-up continues to explain why he hates the world and everything in it. Expect pessimism, misanthropy and defamation. (And possibly occasional kittens and puppies.)