All these years I thought the prisoner in The Young Ones episode Flood was Spike Milligan.

Thank you Paul, George and Tarby for your interesting contributions.

Imagine being in the same room as Arnold and Ivor Cutler

I was thinking of Stephanie Cole but she's not quite there yet.

What about Thelma Barlow from "Coronation Street" and "Dinner Ladies"?

Frank Williams.Probably considered one of the youngsters in Dads Army.

Robert Gillespie. ( funny and I think forgotten sitcom Keep it in the Family)

Frank Williams.Probably considered one of the youngsters in Dads Army.

Worth repeating my post elsewhere on these forums following my visit to the Dad's Army Museum last year:

A nice anecdote emanating from my visit to the Dad's Army Museum last week: Shortly after it opened in 2007, Frank Williams was being shown around and was told "... and in here is a mock up of Captain Mainwaring's office". Quick as a flash he replied, "I think you'll find it's my office".

As I have posted on the "Army Game" thread, unfortunately Frank Williams is now virtually blind.

Michael Knowles.He had a great double act with Donald Hewlett in a few sitcoms.

Very good one - and thanks for taking up the challenge.

So kind of you.

Any more for any more?

Every aspect of comedy.
(Incidentally, I LOVE Carmen Munroe who came to Britain at 1819)

It could mean she arrived at nearly 20 past 6 in the evening?

Michael Knowles.He had a great double act with Donald Hewlett in a few sitcoms.

Richard Wilson and Annette Crosbie from One foot.....

Richard Wilson and Annette Crosbie from One foot.....

I never got into One Foot. I was, however, a big fan of him in this: 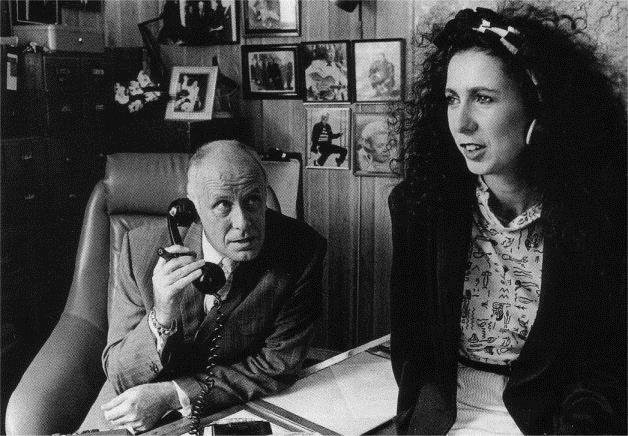 Parky.He comes here a lot.Not a comedian but he's interviewed a lot in his time.Emu would be the highlight for me.