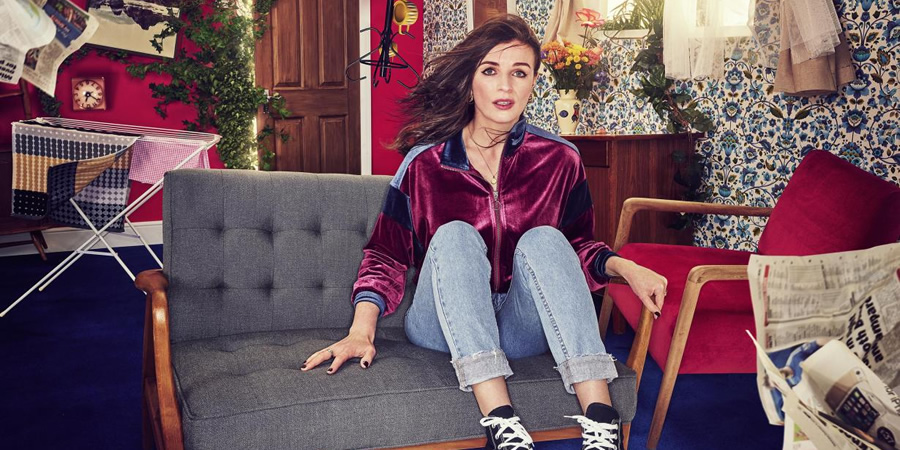 I'm just watching the last part on catch-up. There was one line that confused me and I wasn't sure if it was supposed to be clever or not.

"Etienne's English has gotten so good."

I don't think it was intended to be clever or funny.

It would be a perfectly normal expression in American English and also in the English of the Irish Republic.

It used to be correct British English but, having fallen into disuse a very long time ago, it is now archaic - except when used in the very common British English expression "ill-gotten gains".

Aisling Bea, of course, hails from the Irish Republic and as the writer of the show probably employed the expression in another character's dialogue because it is, to her, a perfectly normal thing to say.

Finally got round to this and I liked it. It has a really nice humility about it, and a certain silliness that's flattering.

Aisling's article about her dad from a few years ago is worth reading if you're interested.

I like Aisling, especially in The Delivery Man, she is very funny. When I first watched Detectorists I wondered why it was labeled a sitcom, more like a sitdram very much like This Way Up. I just finished watching series 1 and liked it but there is not much comedy in it. I've liked everything I see Aisling in and I know she wrote this and understand she might want to show her dramatic side, she is a great actress as is Sharon Horgan. I hope thee is aa second series.