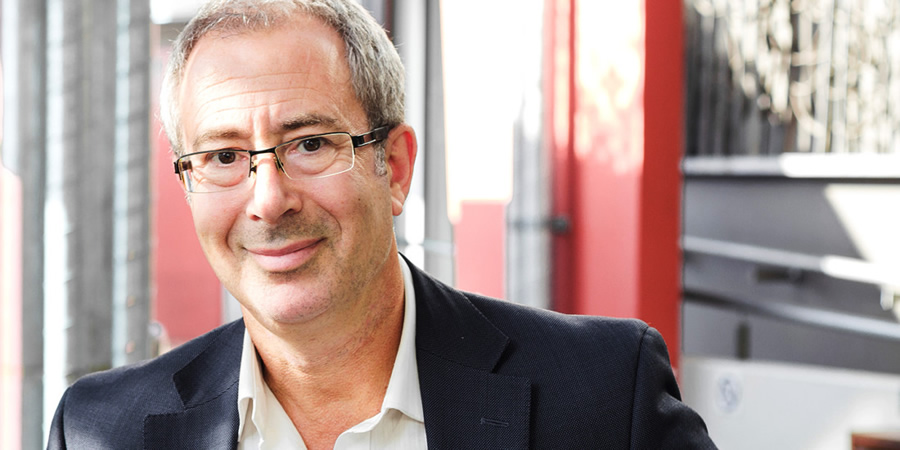 Here we are then. His first tour in fifteen years, fifty three dates. I'll be going, despite his somewhat uneven (to put it mildly) sitcom output in recent times, he is one of the pioneers of the alternative comedy boom and if nothing else should be interesting to see what he has to say about wherever the hell we are by November! https://www.chortle.co.uk/news/2018/12/06/41859/ben_elton_announces_his_first_tour_in_15_years

I don't understand how this can have so few views: https://www.youtube.com/watch?v=0jm8zlLdk7w His best work ever.

That sketch was very funny indeed when first broadcast in 1994.

It's still funny today but its funniness is overshadowed by the realisation that it was, in fact, a chillingly accurate portrayal of Britain in the 21st-century.

That little half-goosestep, half-silly walk swivel he does as passing Rachel Garley on the park bench is the highlight. Along with his muttering voiceover. "No thanks to the Tories!"

A very funny self parody laden with a dollop of contrition just a few years after he ended Hill's career by claiming his material was dangerously sexist to women. About ten years later he made a TV show praising the artistry of Benny Hill and I couldn't work out which of the following it most was - sincerely apologetic/ridden with guilt/hypocritical in the extreme.

I couldn't work out which of the following it most was - sincerely apologetic/ridden with guilt/hypocritical in the extreme.

I'm going for "hypocritical in the extreme".

I'm going for "hypocritical in the extreme".

I agree with a lot of the sentiments. Stewart Lee put it best https://youtu.be/58ZIdyd3rjg

But despite that, I still want to see him. The man was responsible for co writing The Young Ones and Blackadder.

I still love him. our best sitcom writer.

I know I've written this before, but for me, the beginning of the end was The Man From Auntie - tellingly, just AFTER the 80s. Fine by most people's standards, but it lacked the energy and bite that made his early stand-up so thrilling. Compare the 'Motormouth' audio to s1 ep2 and you'll get it immediately.
The Young Ones remains my favourite show ever, and Happy Families is another must-see, but I ain't buying every McCartney solo LP on the basis of 'The White Album'.

Elton was once described as one of our 'most popular and controversial' comics (contradiction or paradox?). Unfortunately, this is only half-true, like saying, 'One Direction are shit-hot.' There was nothing edgy about his act: knob gags, 'Fartie's Guides' to the banality of existence, and on the rare occasion he did tackle a bigge, it was so twee and nice-little me: Sexisms is BAD! Unemployfulness is BAD TOO! The environment is IMPORTANTING! He never had the insight of Sayle, the awareness of Hicks, or even the abrasiveness of Dice Clay. And this is an observation, not a criticism.
'Good evening ladies and gennelmen, my name's Ben Elton and tonight I'm gonna go for some seriously controversial and provocative and dangerous comedy so if you're easily offended leave the room 'cos I'm not afraid to be daring and cutting-edge and contentious so here goes... KNOB! WILLY! FART!.... Well I understand some people may be offended by that routine. But gotta respect women and look after the environment and unwedge my tongue from Andrew Lloyd Webber's anus. My name's Ben Elton, good night!'

I've just seen Ben Elton's new show and genuinely it is one of the best gigs I've been to this year. He did two and a half hours, based around his place in the world as a 60 year old middle class white man, self deprecating, mixture of high and lowbrow jokes, leftist to a tee and he held a huge concert hall spellbound. I can count on one hand the number of stand up gigs I've been to where the comic got a standing ovation and this was one of them.

If somebody had a time machine and a couple of tickets to see Bob Dylan in 1966, I might pay that sort of money to tag along .

I have nothing against Ben: I wouldn't pay that sort of money to see anybody.

40 quid ain't bad to see an established name these days. This kind of night out gets beyond expensive... When my girlfriends the spice girls reformed, I calculated the whole experience would be at least 700 euros: not only tickets but travel, accommodation, psychiatrist fee etc. Plus it'd be double cos my current girlfriend would only be there for me... So forty notes for the co-writer of The Young Ones is actually okay. It's fortyfive more than me.

I don't understand how this can have so few views: https://www.youtube.com/watch?v=0jm8zlLdk7w His best work ever.