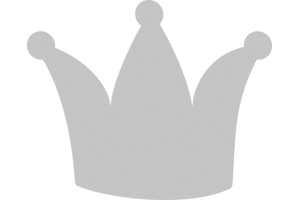 I only heard a couple of episodes of the radio version, it's coming to TV in March.

Looks like it could be one of Paul Whitehouse's more pathos driven pieces rather than just the normal silliness.

I've recently had to start having carers visit my Dad while I'm at work so I'm interested to see how this plays out.

He's bringing back his cheerful obese character Graham Downes from Down The Line/Bellamy's People, which is is a great.

If it's anything like Help it could be brilliant...but I felt the fun of the radio show was imagining all the patients' home environments, so maybe that won't be as good on screen.

I watched the first episode. I thought it was really good. Esther Coles (I've never seen her before) was very believable. It's a bit gentle which I think will make it divide opinion.

Nice to see a couple of Down the Line/Bellamy's People characters being used. I did keep thinking he was going to start talking about insurance though.

Good performances around although I think it lacks the intimacy of the radio show.

Not seen the first one but the reviews seem to be good. Will give the next one a go. Anything with Paul Whitehouse is usually top notch. The man is a genius and an astonishing chameleon. Is there any accent he can't do? Definitely deserves to be ranked alongside Peter Sellers in this regard.

We watched it last night and thought that it was great, in fact, Mr TBN found it so funny that I had to pause it for a bit to encompass his screeching. The lady with the cats was my personal favourite.

It does ring so true, both my MIL and BIL have a live-in carer, plus loads of other agency staff popping in and out, so it's very black humour indeed. Love it though and Johnny Depp's right: Whitehouse is a bloody good character actor.

He is very clever and so believable as a lot of the characters. I did LOL a few times.

It's excellently done, though the radio was better, for the age-old reason.

Some of the prosthetics were a bit off-putting (I mean, there's no truly convincing way of making Whitehouse very small or very fat), but the sets were excellent. I also liked the lead (sorry, name's gone), and the scenes in her car were very nicely underplayed.

I'll definitely be back next week.

First off - this isn't a sitcom, it's effectively a sketch show, albeit with some semblance of an ongoing narrative. So this thread is in the wrong forum, blah blah blah...

That said, I've found the first couple of episodes sweetly funny, well-observed and beautifully performed. PW and the rest of the cast are great - particularly like Billy and Tony (played by the ever-excellent Simon Day). Strong writing and very well-observed - basically what you'd expect from the team making it.

Didn't hear the radio series so I'm not able to make comparisons, but enjoying the TV version on its own merits.

I thought Ep2 was excellent too and must look up Esther Coles's body of work because she's very talented. I'd imagine that she's a Radio 4 stalwart, but I really don't know. I haven't listened to the radio version either, but they'll probably repeat it on iPlayer at some point (hopefully...)

I really enjoyed this series. I hope it makes a return with more episodes.

Paul Whitehouse - one of the greats in comedy. Can do just about any comedy!

I like what they did with the lead character, to make her more than just sketch glue. Good series, but if pressed I preferred the radio incarnation.

Just watched the last episode on iPlayer. This is genuinely my favourite thing that Paul Whitehouse has done. I really hope they do some more.

Any idea when - or if - we're going to get a second series of this?