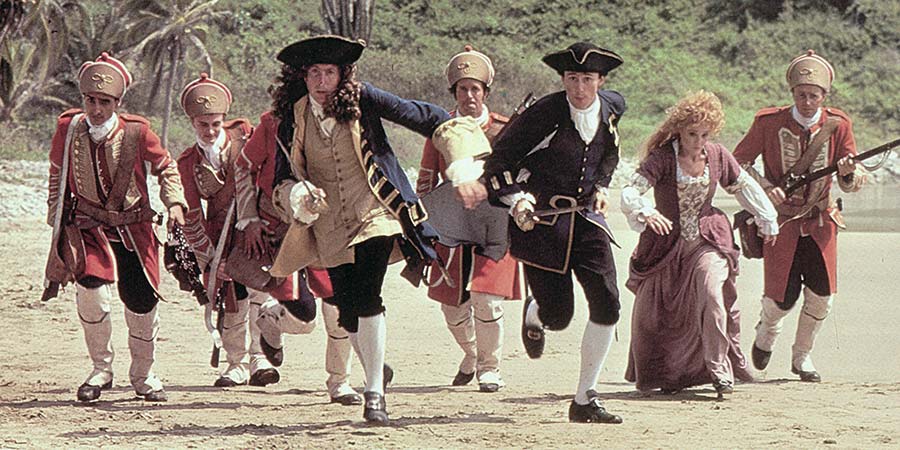 Yellowbeard, the most feared pirate in history is now languishing in jail (for tax evasion). On the eve of his release the British Admiralty plot to keep him incarcerated in the secret hope he will be forced to escape and then go after his fabled treasure. He duly does so, and discovers his wife has lost his map but helpfully tattooed a copy on the head of the son he never knew he had - who is, shame of shame, an intellectual.

A frantic pursuit for the treasure ensues as Yellowbeard's son, his old crew, the full might of the British Empire and even the local monks all attempt to beat the unfortunate pirate to his plunder.