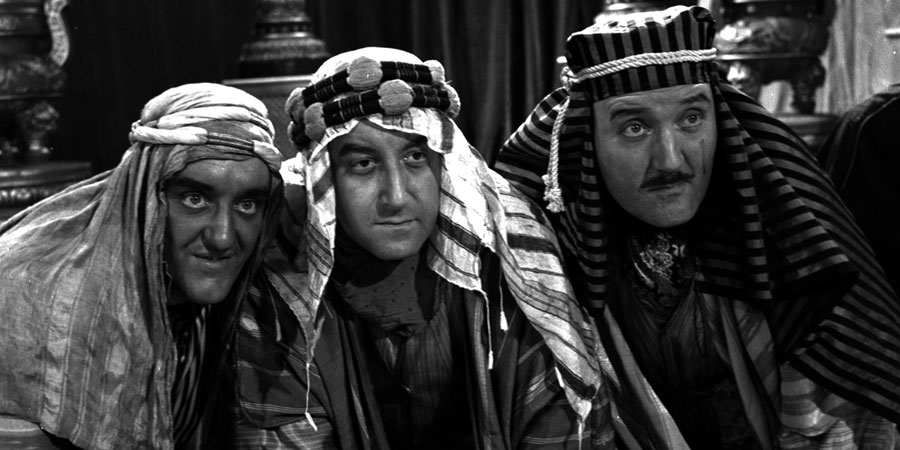 Soapy Stevens visits his former partners in crime, Dodger Lane, Jelly Knight and Lennie Price, to propose stealing around £2 million worth of diamonds. The fact that they reside at H.M. Prison Huntleigh will be the perfect alibi!

Dodger, Jelly and Lennie have everything nicely sewn up in their cell: the Governer is more interested in competitive marrow growing than enacting a strict regime; they have access to the prison cat, Strangeways; and a very comfortable morning delivery of milk, eggs, newspapers, and any other supplies they may need, thanks to their perimeter-wall cell window.

Soon Dodger is busy plotting their escape from Huntleigh the night before they're due for release; the execution of the robbery; and returning to their cell before innocently walking out with the loot upon their discharge just hours later. It's a tricky time-scale but the window of opportunity is slim, whilst the diamonds are in transit to their owner, a maharajah, for an ancient 'weighing' ceremony.

However, the plan is disrupted when Crout, a tough and vicious warder and former nemesis of Dodger and Jelly from a previous spell at Her Majesty's pleasure, is appointed new Chief Prison Officer upon the retirement of friendly old Jenkins. Several varied methods of escape are tried - all of which seem to involve Crout being on the losing end! They serve only to further his hatred of the cell-mate trio when the results of their attempts get him into trouble with the Governor.

Eventually a plan is concocted to smuggle them out inside an old Black Maria, which Soapy brazenly drives through the prison gates. With the help of Lennie's mother and Dodger's girlfriend the plan works to perfection. The boys and their haul are returned to prison inside a local council dust cart, and leave again the following morning when the prisoners are officially released.

The trio get the diamonds to their home-bound train - but only just! Then comes the most disastrous and unexpected hitch of all...