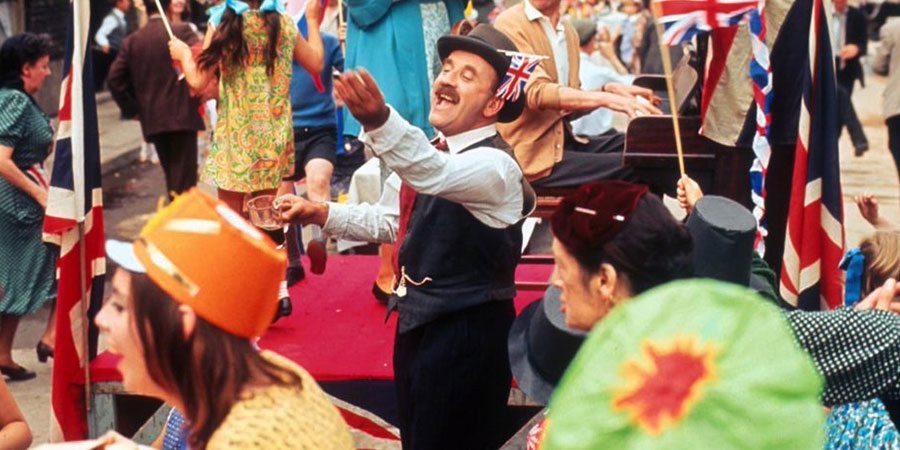 There is almost awed silence in the cinema as a newsreel flickers on the screen. The military might of Germany is on parade. Tanks rumble past and Hitler takes the salute.

Suddenly the silence is broken. "All cardboard. ain't they? They're all cardboard!"

Only one man could speak so much nonsense with such conviction, be so ignorant. prejudiced - and loved. Alf Garnett.

The film chronicles the history of the Garnett family from the war with Hitler, to a later, and more sporting battle with some other Germans during the football World Cup. Alf is the same irascibie, off-beam, true-blue patriot and iconoclast as ever.

He weathered the war years in true Garnett fashion with his wife Else and the couple produced a daughter, Rita.

After the war ends he is still shouting the odds about anything and everything, from Harold Wilson ("bloody socialist") to his eventual son-in-law ("long-haired Scouse git"). Mike secretly harbours a great deal of affection for that "miserable old sod", his father-in-iaw!

Alf is a shocker. He is a mixture of bluff, sentiment and outrageous prejudice. However, mixed in with his bravado and braggadocio - Alf would have used a different word with the same meaning and roughly the same sound - are some grains of truth.

Alf is also a laugh - a good belly laugh. Most people see a little of themselves in the outrageous goings-on of the Garnett family...

Tagline
Yer never saw Alf like this before!
Part of

Production company
Also known as
Soundtrack
Title song Till Death Us Do Part composed by Ray Davies.
Laugh track
None