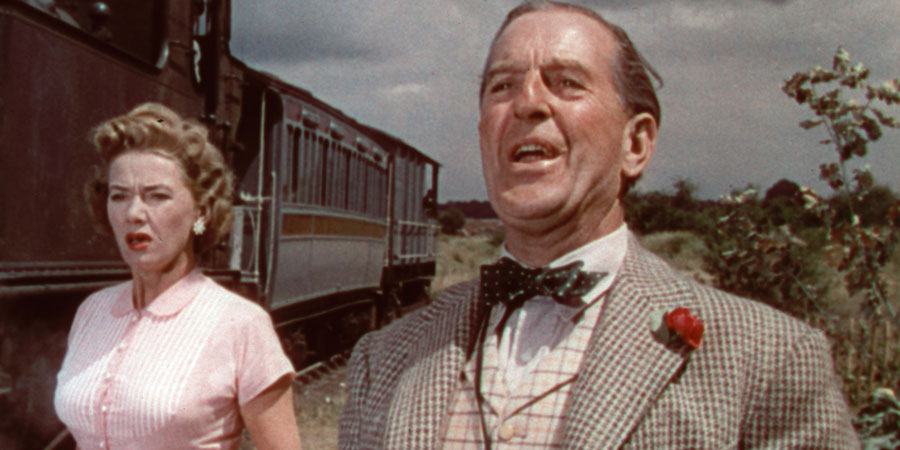 Comedy starring Stanley Holloway. The villagers of Titfield take matters into their own hands when their local railway line closes down

The villagers of Titfield love the convenience their small local branch line railway offers, so when its notice of closure is posted there is uproar.

British Railways, however - and particularly the small local firm it has signed a deal with to begin a bus service instead - has reckoned without the will of the villagers.

The local squire, whose ancestors built the line, is not willing to let his family heritage go without a fight and soon, with the support of the vicar, various other influential Titfielders and wealthy eccentric Mr Valentine, mounts a bid to buy the stretch of track into the nearby town of Mallingford and run it themselves.

Awarded a one-month trial of the running of the line by the responsible government department, the villagers of Titfield are overjoyed with their new full-size train set: but the newly created bus company aren't going to let their new monopoly slip through their fingers without a fight.