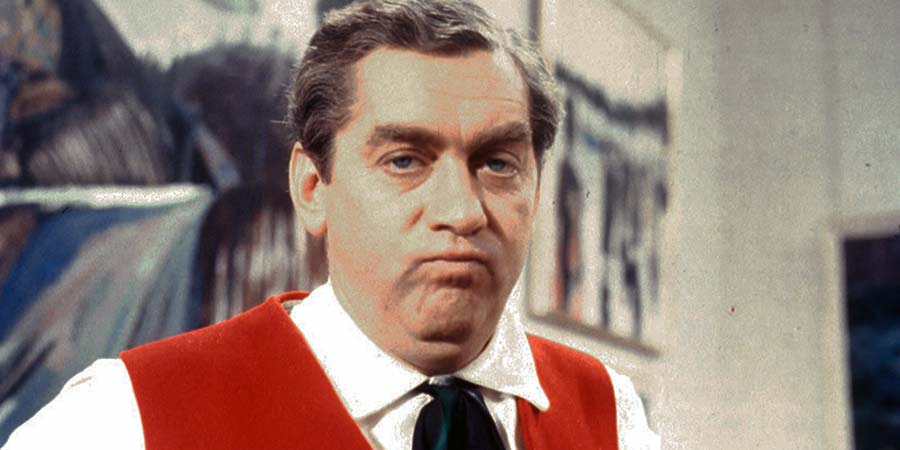 Anthony Hancock, one of the thousands of bowler-hatted office workers who stream into the city each day, hate his time-studied way of life. He yearns to be an artist, and for him life has meaning only after office hours when he hurries home to his digs, and paints and sculpts to his heart's content.

At work one day he tries to explain his creative urges to the bewildered and uncomprehending manager, after his ledgers are found to be full of drawings. Realising that he can never satisfy his passion for art in England, Anthony sets out for Paris, believing that only there among the artists on the Left Bank will his genius be recognised. In final defiance he throws his bowler hat over the side of the cross-channel steamer. Anthony is ready to face Paris - and Paris is ready for him!

Observing some fellow international artists talking in a café, he quickly becomes friendly with Paul, another Englishman, who agrees to share his garret studio and lodging. Gaily, Anthony joins the Beatnik group of the Left Bank. He makes statements about art that are absolute nonsense, but so arresting and said with such conviction that people begin to listen, quickly accepting him as a hitherto undiscovered genius. He even persuades his artist friends that his childlike daubs are a new form of art.

Eventually, Paul - disheartened by his inability to understand Anthony's explanations and theorising - loses all faith in his own talent. Packing to return to London, he leaves all his work, piled in the garret studio, for Anthony to do with as he wishes.

Meanwhile, Anthony's fame continues to spread. Art connoisseur and dealer Sir Charles Brouard arrives at the studio, sees the stacks of Paul's work and is overwhelmed by their brilliant, hailing the discovery of a great artist of the age. Anthony attempts to explain that the paintings are not his work, but Brouard is already too taken and wild with ideas for a grand exhibition. Ignoring his pangs of conscience, Anthony is soon convinced to go along with the plans: after all, they are now his to sell.

Invited to stay on the yacht of a Greek shipping millionaire, Aristotle Carreras, Anthony finds himself punished by fate at every turn: Aristotle's beautiful young wife, Margot, takes quite a shine to Hancock and persuades her husband to buy up the entire exhibition - and commission a sculpture.

This latest development, although financially successful, brings with it a flaw in the scheme: the requirement for Anthony to produce more work, particularly for the next leg of the exhibition, in London. Unable to get away from the yacht or his new patron, he is immediately put to work on the sculpture - and pandemonium and outrage ensues when it is unveiled a number of days later!

Fleeing to London in search of Paul, Anthony finds him staying in his own previous lodgings and is relieved to hear his old friend has continued painting, with enough fresh work to stock the London exhibition. Sending them to be hanged just in time for its opening, Hancock too arrives with no time to spare - and realises just the extent of his deception of the art world, for all Paul's work mimics his own, now ridiculed, 'infantile' school.

And yet the work is still acclaimed: Anthony reveals that Paul is, in fact, the real artist of the pieces that have received such praise and leaves, disgusted by the hypocrisy of the art buyers and critics around him.