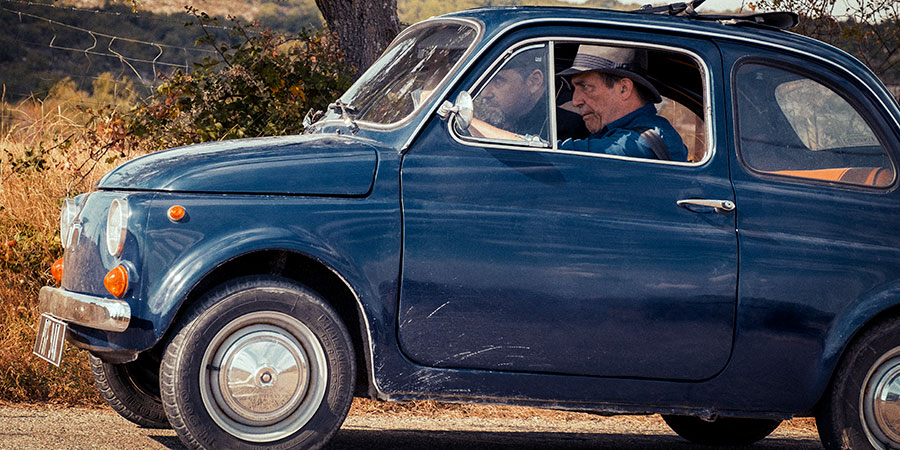 The Man In The Hat

The Man In The Hat sets off from Marseilles in a small Fiat 500. On the seat beside him is a framed photograph of an unknown woman. Behind him is a 2CV into which is squeezed Five Bald Men. Why are they chasing him? And how can he shake them off?

As he travels North through France, he encounters razeteurs, women with stories to tell, bullfights, plenty of delicious food, a damp man, mechanics, nuns, a convention of Chrystallographers and much more. And always, on his tail, the Five Bald Men.

As the Fiat 500 wends its way across the mountains, gorges and bridges of France, the 2CV hard behind him, the Thin Man (Ciaran Hinds) comes face to face with the vivid eccentricities of an old country on an old continent.