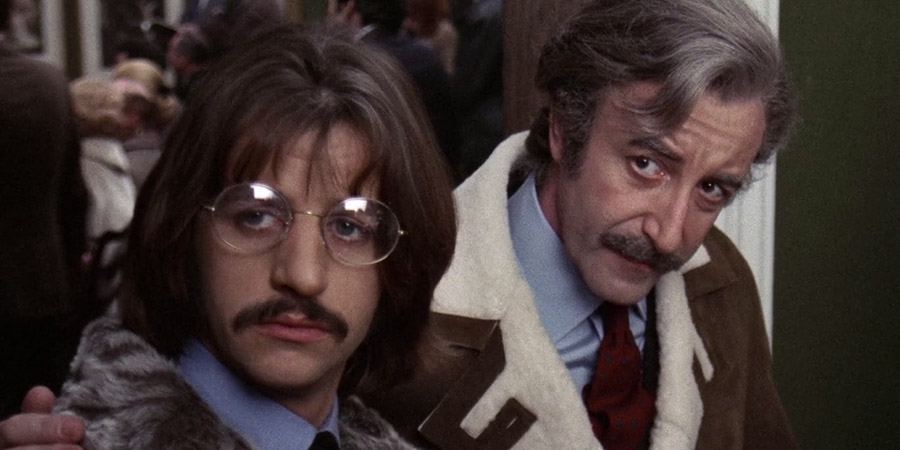 Sir Guy Grand spends his money extravagantly. Adopting a grown man as his son, the pair set out to entertain themselves

Eccentric multi-millionaire Sir Guy Grand meets a young, homeless man in a London park and decides to adopt him as his own son.

Setting out together, Guy intends to prove to his young protégé that anyone and anything can be bought: you just have to find the right price. They begin a series of adventures around Britain, showering ordinary people with cash to do extraordinary things, and to pull off the most peculiar stunts.

From a striptease Hamlet to a vat of sewage filled with cash, nobbling a traffic warden and fixing the Oxford-Cambridge boat race, the pair have as much fun as they can dream up. But the launching of a new luxury liner called The Magic Christian seems to offer a whole new world of opportunities.