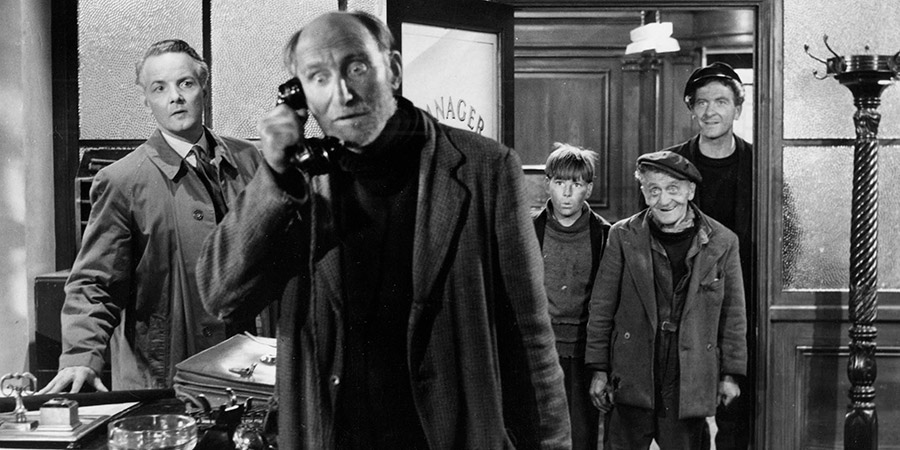 The crew of an ageing Glasgow-based puffer named Maggie are equally bemused and delighted when an overworked shipping clerk agrees to contract them to deliver a valuable cargo between the city and the remote port of Kiltarra, apparently mistaking another, grander, newer vessel for their own modest but beloved boat.

The Maggie - normally a transporter of coal - dutifully loads up and sets sail, but runs aground whilst still in Glasgow, on the shallow-sunk top of a subway tunnel, before eventually making headway at the next high tide. When his clerk's oversight is realised by the owner of the shipment, American airline owner Mr Marshall, he resolves that he will retrieve his goods and have them transported by the calibre of vessel originally envisaged - but the crew of SS Maggie are faithfully devoted to their old puffer and her abilities, and resolute in not wanting to lose the contract!

Marshall personally soon begins to give chase, by car, boat, taxi, and plane, but as the Maggie makes steady progress on the route they were originally contracted to go, it looks increasingly like the small puffer will have its day over the moneyed American.