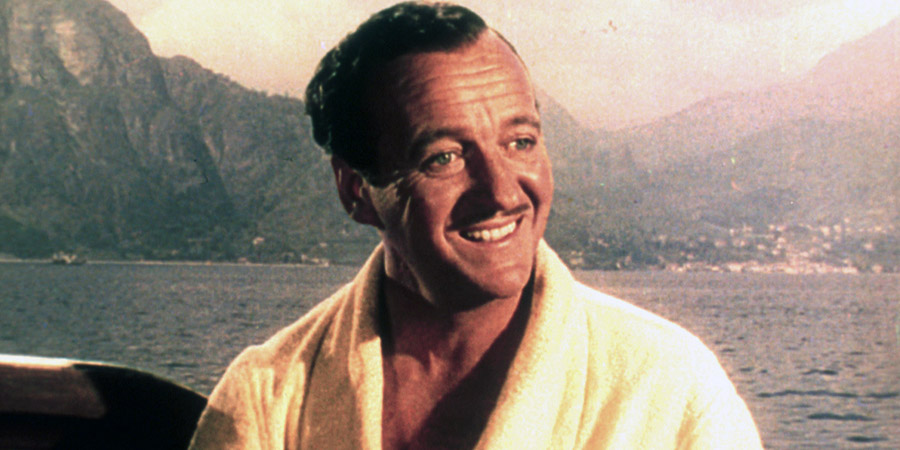 After a Hollywood star is duped by a gambling syndicate, he's forced to offer himself as first prize in an international lottery

Rex Allerton is one of Hollywood's biggest draws. An icon of the silver screen, the handsome British actor oozes suave sophistication, charm and much more besides, inhabiting a series of highly successful costume roles.

However, he's also a man at the end of his tether, struggling to cope with the excesses of fame and the hordes of screaming female fans who mob him whenever he leaves his studio's secure Hollywood compound, even breaking into his home in hopes of acquiring an old sock or two. After suffering a recurring dream that seems to draw disturbing parallels to those experienced by another star before he had to be taken to a rest home, and being presented with another exasperating PR scheme, he decides he's had enough.

Rex buys out his contract with the studio and returns to England, hoping to find lower-key stardom once more on the West End stage. His fame is such, however, that even his former mentor won't take him on for such relatively small theatrical roles. Finding himself mobbed again on the streets of the capital, he and butler, Jennings, make haste for small-town Italy, where they hope to all but begin life anew, quiet and undisturbed.

However, a gambling syndicate have their eye on Allerton, having been inspired by his exasperated response to recent publicity proposals, that he himself be the first prize in a competition. The gang of international money-men, lead by the quiet but menacing André, intend to make his comments become reality, and a nearby casino in their control is the perfect opportunity to make Rex indebted to them...