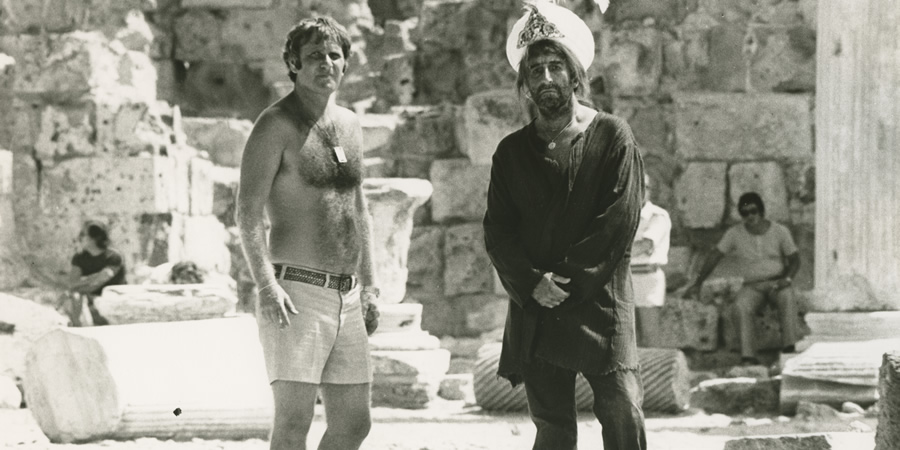 The Ghost Of Peter Sellers

In September 1973 Peter Sellers embarked on the production of a 17th Century pirate comedy in Cyprus for Columbia Pictures (Ghost In The Noonday Sun).

Sellers lost confidence with the film as soon as it began and desperately tried to sabotage it, firing the Producers in the first week and then setting his sights on his friend the Director, Peter Medak.

At its core lies the story of an unraveling production but also the tale of a young Director firmly on a path to greatness. Medak had made 3 back-to-back successes; most notably The Ruling Class in 1972 with Peter O'Toole (nominated for the Palm D'Or). This film changed his career forever.

After 43 years the wounds have barely healed for Medak and this is his opportunity to tell the story and finally release the weight associated with its failure.

The Ghost Of Peter Sellers is a comic-tragic feature doc about what it takes to be a film director and survive your biggest disaster.