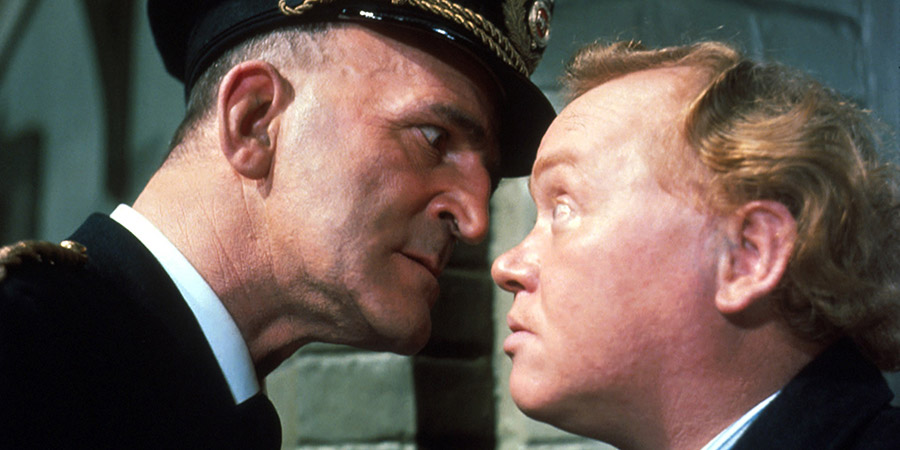 Ernest Wright is as honest as the day is long. A master locksmith, he's widely known, loved and trusted in his East End neighbourhood, even being of service to the Crown when his services are required at the Tower of London.

Unfortunately, with his natural smiley, trustworthy demeanour comes a naivety that soon lands Ernest in a whole world of trouble. Helping a well-dressed gent into a car outside Lambeth Palace, he's collared by a passing policeman and the gentleman has disappeared.

Given a year's suspended sentence as his first offence, he's soon back working in his shop, but it's not long before the well-dressed gent tracks him down and, with the aid of a distressed female accomplice, tricks Ernest into not one but two further crimes: home-breaking and safe-cracking!

Sent down for a lengthy stretch in prison, the unwitting Ernest quickly gets a reputation for being able to walk out at any time he should so choose - and not inaccurately! His charm and innocence are mistaken for confidence and bravado by the other lags, and the prison's big-wig, Nosher, is soon in Ernest's debt.

It's when his release finally comes around that Ernest Wright, Master Locksmith, really finds himself in big trouble. Torn between two rival gangs who each want to ensnare him into their service, he's initially oblivious as to their nefarious intentions - but when they make it clear he's to steal a set of priceless jewels from the renowned Prince Edward Museum, Ernest's determined not to be sucked in again...

Tagline
Laughs to send you over the wall; They seek him here, they seek him there, they seek The Cracksman everywhere.
UK certificate
U
Duration
112 minutes
Release date
Sunday 4th August 1963
Premiere
Tuesday 30th July 1963, London
Production company
Laugh track
None