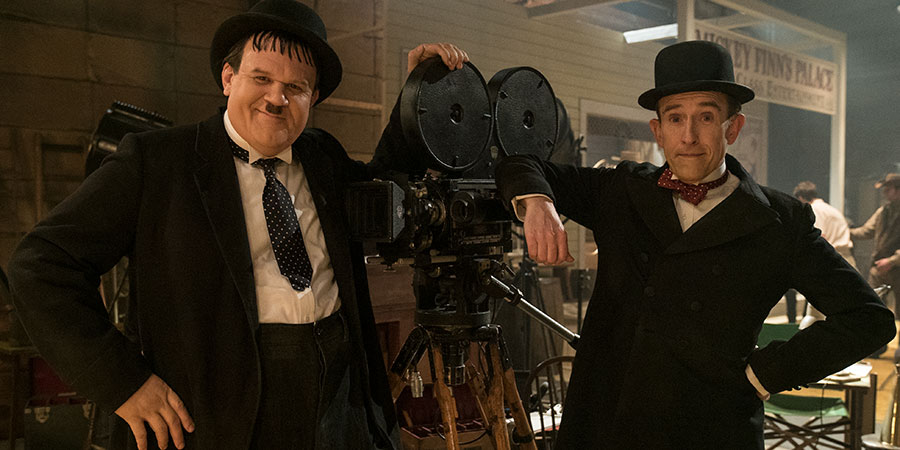 Their shtick - Stan the wide-eyed ingénue, Ollie the pompous fool, their meticulously rehearsed physical routines and their charming musical numbers had made them superstars all over Europe, South America and beyond. However, a split from their controlling mentor, the vagaries of studio politics and a run of poorly received films had resulted in their star falling. A series of acrimonious divorces, alimony battles and Oliver Hardy's failing health didn't help.

The British tour was supposed to relieve some of the gloom and, despite numerous glitches, the public loved them. Audiences grew and grew as word spread that Laurel and Hardy were back and as funny as ever and, as audiences swelled, so did morale. But as their careers and friendship blossomed, disaster struck as Ollie suffered a heart attack. He tried to carry on performing on the tour, but it became clear that he was too ill. Replacement performers were found to fill in but, without Stan and Ollie's charm and warmth, the shows simply weren't the same.

Eventually, with it clear that Hardy's health problems were serious, Stan was offered the chance to perform alone, but refused. He realised that neither worked without the other, that they were so much more together than they were apart. Appreciating the sacrifice made by his friend, Ollie roused himself from his sickbed for a few last, triumphant performances, the very last of their extraordinary career.

Ollie died not long afterwards and Stan never performed again, but their films endure and are still popular all over the world half a century later.