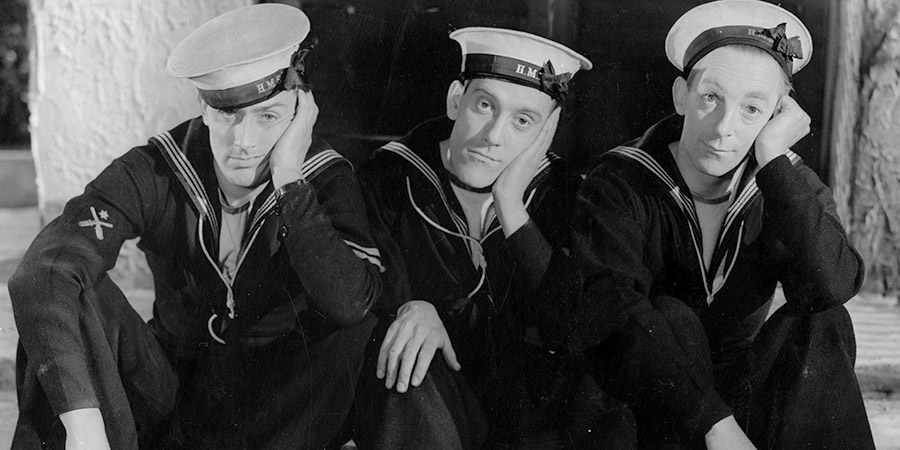 In the depths of the Second World War, three friends from HMS Ferocious find themselves stuck on board a German destroyer

It is 1940, Britain is at war with Germany, and on an evening's shore leave in a South American port, three friends - Tommy, Johnny and 'the Admiral' - from HMS Ferocious meet with the Admiral's sister Jane, who is living there and working as governess to the children of a rich British couple.

Initially not recognising Jane, having only seen an old and rather unflattering photo of her as a schoolgirl, Johnny and Tommy swiftly put their foot in it with the now rather beautiful young woman; and after attempting to apologise, they are aghast to realise they've had a little too much to drink and ended up on board another ship, the S.S. Savannah, which has just left dock!

Taking to the pilot's boat the trio head back to the Ferocious, but in the dim light the sozzled friends do not realise they have mistaken their ship for the German Ludendorf - the very destroyer the Ferocious is supposed to be trailing! Discovering their mistake with not a little bit of horror the following morning, they first try to fit in and when caught attempt to pass off as other nationals, but are soon rumbled as English sailors and thrown in the brig.

It is here, however, that their luck begins to change, as they are approached by an Austrian conscriptee, former London resident and baker, Hans. A day or two later, with most of the crew on shore taking part in a coastal exercise, they manage to hijack the battleship and set off for England. However, it's not too long before both HMS Ferocious, and the Ludendorf's full, regular crew, are giving chase...