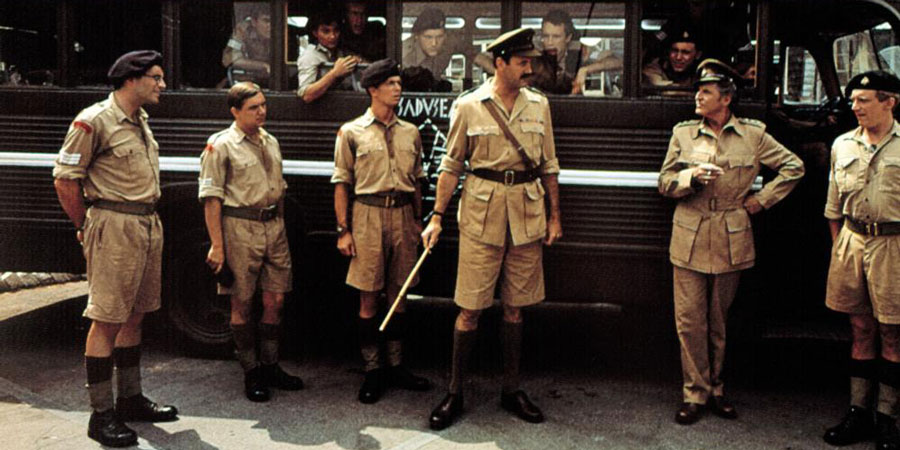 Comedy about a concert party entertaining British troops in Malaysia, 1947

Malaysia, 1947. Hitler may have been defeated and WWII may be over, but for thousands of British servicemen combat is still very much on the cards as they battle the evil forces of communism across south-east Asia.

Amongst them is SADUSEA - Song And Dance Unit, South East Asia - preparing to tour the region and entertain the troops serving out on the front lines.

As the group put the finishing touches to their new show, Jungle Jamnboree, they're unaware that their corrupt Sergeant Major is about to put them in genuine danger. Having been dealing weapons and ammunitions to local rebels for his own profit, and with the Chinese forces stealing much more from supply lines across the country, top brass have finally taken notice that the fighting troops are understocked: a plan is hatched to smuggle the much-needed military supplies through the jungle, hidden amidst the innocent-seeming concert party.